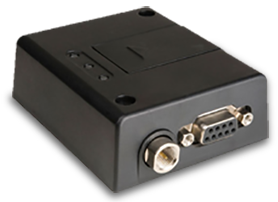 Application scenarios which couldn’t be realized with former network technologies, e.g. in buildings with poor network coverage, can now be integrated into the Internet of Things. The NT910 G Terminal is the first industrial-grade M2M Terminal based on the Telit xE910-module family which supports the 4G LTE Categories NB1 as well as M1. This Terminal offers long-term investment protection for your M2M applications.

The NT910 G Terminal allows to build cost-effective applications taking benefit of the enhanced signal penetration of the Cat NB1/M1 network. It is especially suited for stationary applications which require low power consumption. The NT910 G terminal is part of the Telic 910 terminal family. There are now 2G, 3G, 4G and Cat NB1/M1 terminals available, all based on the Telit xE910 module platform allowing an easy migration to another mobile radio standard.

7 in stock (can be backordered)

This is a demo store for testing purposes — no orders shall be fulfilled. Dismiss